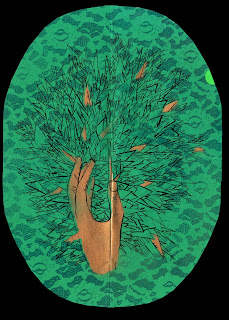 * These songs were also released as The Good Good/ Chocolat Billy split LP (Potagers Natures #29), and as half of the Furrows CD (Menlo Park Records). 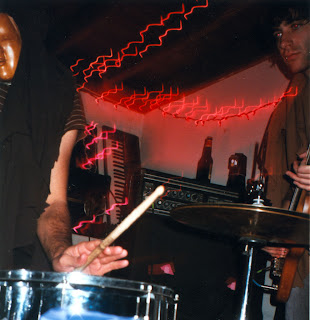 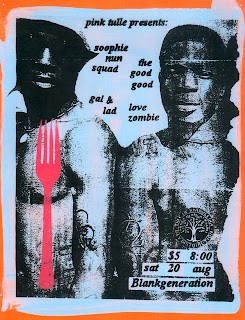 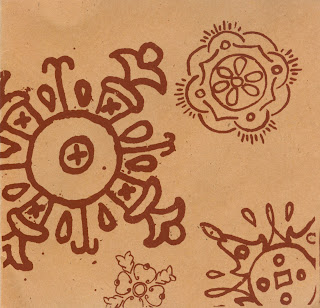 * Callers' own site can be found here. 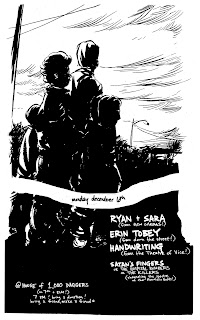 Posted by Nate Powell at 9:52 AM No comments: 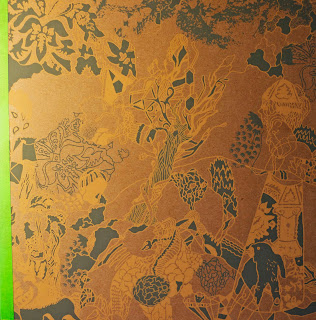 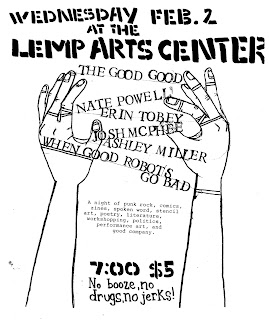 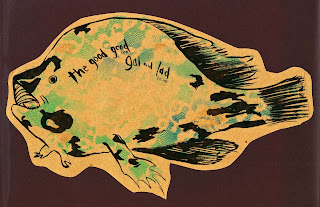 Posted by Nate Powell at 7:36 PM No comments: 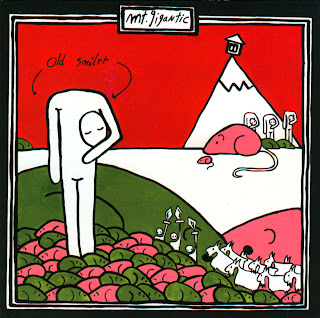 1. Bring Back The Healthy
2. Dip Into My Daddy
3. Grandpa Plays The Drums
4. Raechel And Her Children
5. Bells
6. Hey There Is No Birthday Party For Me In Here I Want To Punch You
7. Making Time For/ It Is Time For 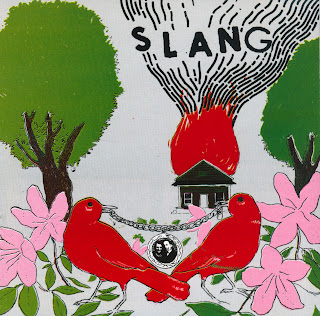 DOWNLOAD here!
Order LP or CD from No Idea here.

1. Shaking Hands With Our Enemies
2. Royal Gardens
3. The Sea Stole My Brother
4. Oh, City Of Graves
5. Sports Sentimentalist
6. Within My Reach, Diving
7. Fatal Gestures
8. My Mountain Music
9. Familiar In The Morning 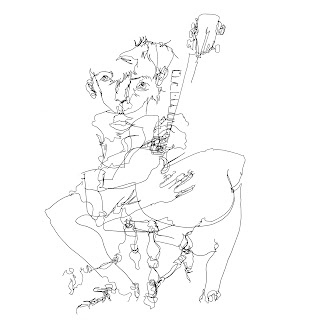 * This album was tentatively titled Eons Or Octaves. I looked over some old notes in an attempt to properly title the songs, but some may be wrong (please correct me if so, RDR folks!). The recording was mixed but never properly shimmied up and mastered, so I did a simple compression job on it for this digital issue.

* One of the central lines in "Shake Hands" echoes an Everyone Asked About You song from their 1999 LP, unreleased until just a few months ago on 25 Diamonds.

* Members also in Callers, Flaws, Denim Venim, Siren Cult, Halo Perfecto, and Soophie Nun Squad. Collins Kilgore, the keyboardist/harmonic wine glassist for RDR from 2000-2002 (but not on this recording), was also in Everyone Asked About You and American Princes. Gus Martin was in Arcing, Idiot Vehicle, Tiny Hawks, New Granada, Encyclopedia Of American Traitors, Fields Lay Fallow, Spirit Assembly, and sometimes The Body.

* Mikael Wood is now the pop music writer for the Los Angeles Times. 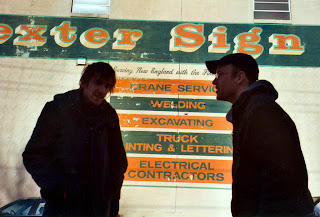 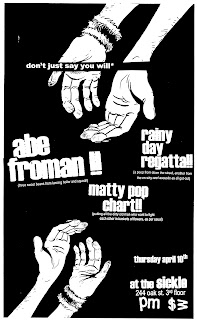 Posted by Nate Powell at 9:18 AM No comments: 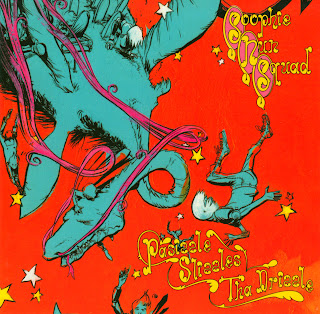 * The all-powerful Assfactor 4 is sampled/bootlegged in "The Bovinity Of Crust", from a show I saw them play in Washington DC in October 1996 (the song is "Hey Stinky"). One of the greatest punk bands of all time-- I highly recommend seeking out all of their records, if you're unfamiliar!

* "To Be A Hero" is a Kirk & The Jerks cover, first heard on the incredible 1988 H-Street skate video Hokus Pokus.

* The first 100 copies of the European pressing of the LP (released by Narshardaa Records) have huge white squares surrounding the lettering on the cover, obscuring half of the cover art.

* Okay, here's why this album has so many different titles. When assembling the cover of Passion Slays The Dragon, I asked a friend to do the title lettering. In the spirit of both playful participation in the Soophie process and faux-intellectual anxiety about the word "passion" (seriously, what the fuck?!), she chose to rewrite the title as the homonym Passion, Sleighs, The Dragon for the European LP. I accepted this twist but didn't like it, and neither did anyone else. Tim Scott did the layout for the American version of the LP jacket, and secretly manipulated the title to read Pasizzle Slizzles Tha Drizzle, while labeling the spine Fleetwood Mac-- Rumours (a nod to our cover treatment of The Devil, The Metal... LP's) and Driggynizzle. None of us were aware of this until we received the proofs. As I fell deeper into a hole in life in early 2004 and couldn't "get real" for a while, I re-titled the CD version Pass Ion, Sleds, The Drag-On, while Tim labeled each side of the jewel case Lethal Weapon Original Motion Picture Soundtrack and Ghost Dad (Widescreen DVD) respectively. You would not believe how many stores and distributors got pissed off about this. I didn't even receive payment from some folks because they couldn't "find" the record in their system! Finally, for the 2nd pressing of the CD, Chris Clavin requested that we put our actual band name on the spine (very reasonable!), but color-blind Tim took it to the next level by having the spine in electric blue & orange text, intentionally making it unreadable and seizure-inducing.

* Soophie's last show was at Nexus in Braunschweig, Germany on June 21, 2006 with Tim's electronic band Orange Core. We attempted to have two final shows in Little Rock, May 19-20 2007-- one with Smoke Up Johnny as a part of Towncraft week, and the other with The Good Good, Erin Tobey, and Totally Michael in North Little Rock. Unfortunately, Mark had broken his wrists a few weeks prior, so neither show ever happened. 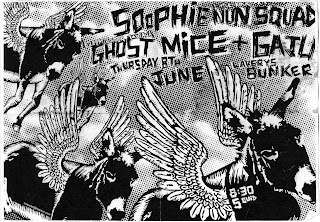 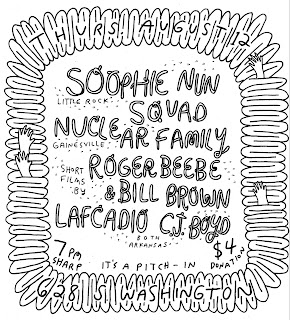 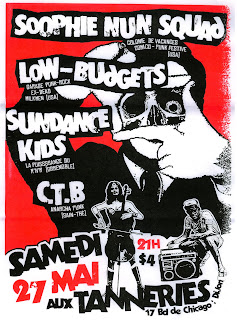 Posted by Nate Powell at 8:55 PM No comments:

Nate Powell
Eisner Award winning, NYT Best-Selling graphic novelist behind March, Any Empire, Swallow Me Whole, The Lost Hero, The Silence Of Our Friends, The Year Of the Beasts, and Sounds Of Your Name. Native of North Little Rock AR; resident of Bloomington IN.